Flap creation is the first step in lasik surgery and it can be associated with complications which are related to abnormal cut in which there will be creation of thin flaps, button holes, free cap and formation of folds and striae.

The incidence of these complications is more in mechanical microkeratome than that of Femtosecond Microkeratome which will give better control of the flap creation.

In this type of flap complications,the formed flap is thin in which the thickness is less than 60 μm.It is formed when the microkeratome cut within or above the bowman’s layer.

Buttonhole flap occur when the microkeratome invade the epithelium and there will be tears or holes in the flap.

The ablation should not be done over the epithelium and there will high risk of epithelial ingrowth and haze over this area which require further treatments.

Causes are abnormal corneal curvature like too steep cornea or too flap cornea, low blades quality, slow oscillations, loss of suction during flap creation and the suction ring do not fit properly on the globe.

In case the flap is complete and is beyond the optical zone and without buttonholes, the procedure and be continuing with caution when reposition the flap because there will be high incidence of wrinkles.

In case of thin flap that is not beyond the optical zone or there is buttonhole:

It occur when the flap creation stop before the reach the hinge.

Factors that increase the risk of flap complications are large flap diameter, thin flap and small hinge and its incidence with mechanical keratometer is more than that with Femtosecond microkeratome.

It mainly occurs after squeezing or rubbing the eyelid and it is an emergency case and should be treated as soon as possible before further complications occur.

The flap should be repositioned with adequate alignment and before reposition of the flap, the corneal stromal bed should be irrigated aggressively to remove any epithelial cells or debris. Bandage contact lens can be applied after the reposition to decrease unwanted movement of the flap.

To prevent dislocation of the flap, the hinge should be superiorly positioned to decrease flap edge displacement with blinking, using contact lenses after surgery. 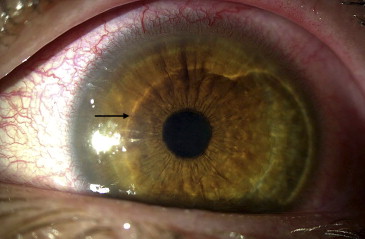 In which the flap is completely dislocated from the cornea and there will be no hinge.

In case the free cap is complete and beyond the optical zone, the flap can be placed on the conjunctiva and the surgeon can precede the ablation of the stroma and then reposition the flap.

If the flap is small and not beyond the optical zone or it is decentered, the procedure should be aborted. This free cap should be repositioned and can be fixed with either suturing or surgical air with contact lens.

In case the free cap is lost completely, the exposed stroma is left to heal and in the future we can do either PRK or corneal graft surgery. 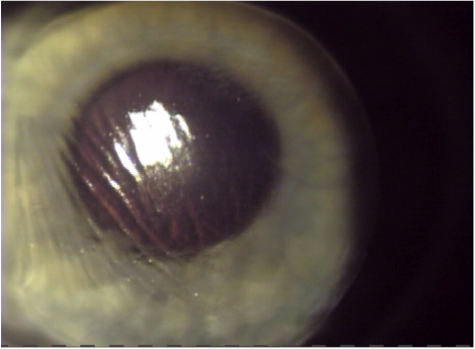 In this type of flap complications there will be wrinkles on the flaps and this will cause secondary astigmatism and optical aberration and can after the best corrected vision Its incidence is increased in patients with high myopia and hyperopia.